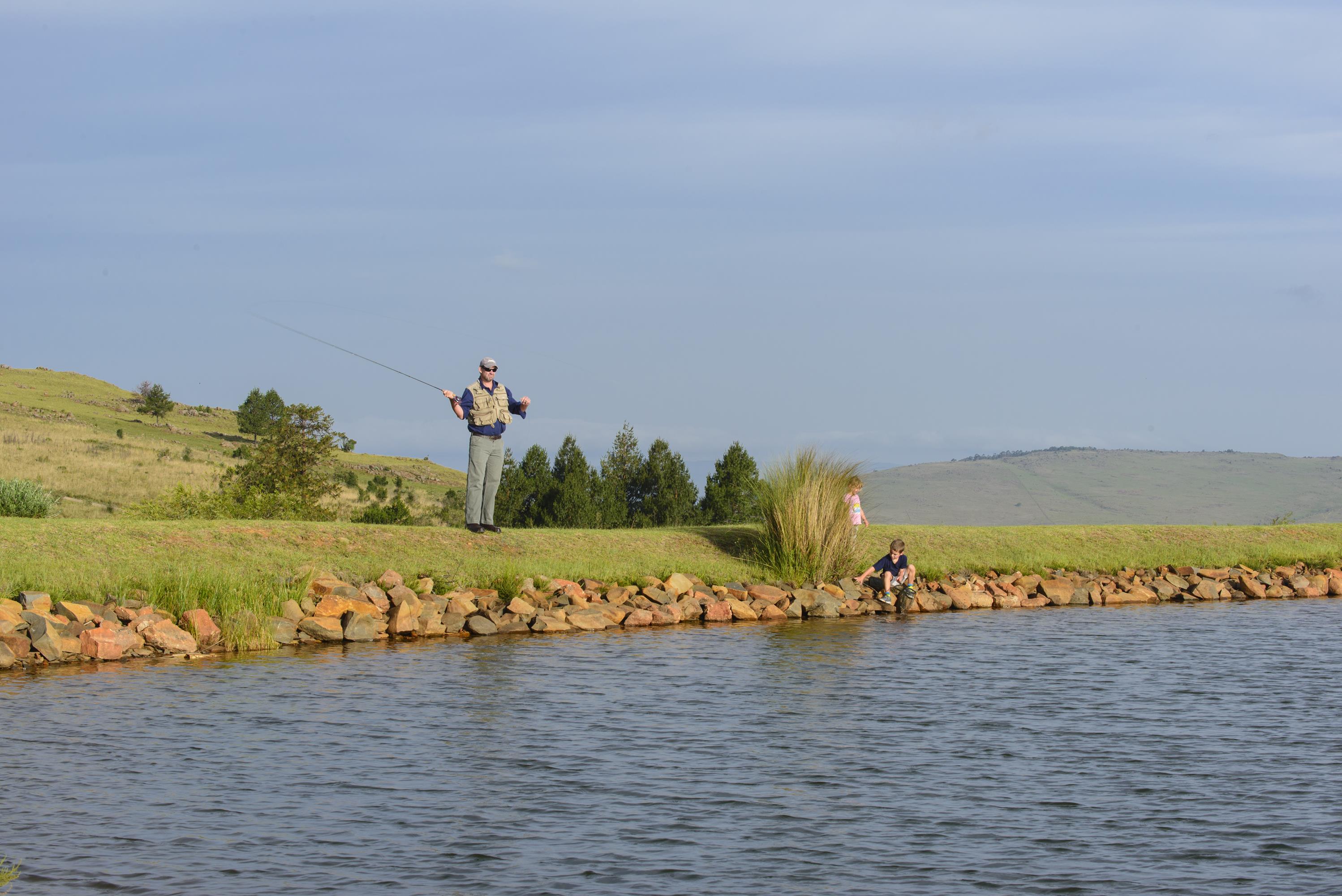 Dullstroom is arguably the fly fishing capital of South Africa, offering some of the best still water and river fishing around. Fly fishing is an angling method of catching trout and other fish species, using artificial flies made out of natural materials such as hair and feathers or other synthetic materials, to attract targeted fish species. Flies can be made either to float or to sink and vary in size and colour.

At Walkersons Private Estate we have 11 dams that are regularly stocked with Rainbow trout and from time to time also Brown Trout. All dams are stocked every 3 weeks, with fish ranging from 800g to 1.5kg, to ensure good fishing all year round. We also make use of “growing-out ponds” from which we stock trophy size fish of up to 3.5kg, into our dams to give anglers the chance of catching “the Big one”. Although anglers may bag 1 fish per property per day out of some of the dams, we encourage ‘catch & release’ with barbless hooks. The bigger dams are ‘catch & release only’ and are clearly marked. 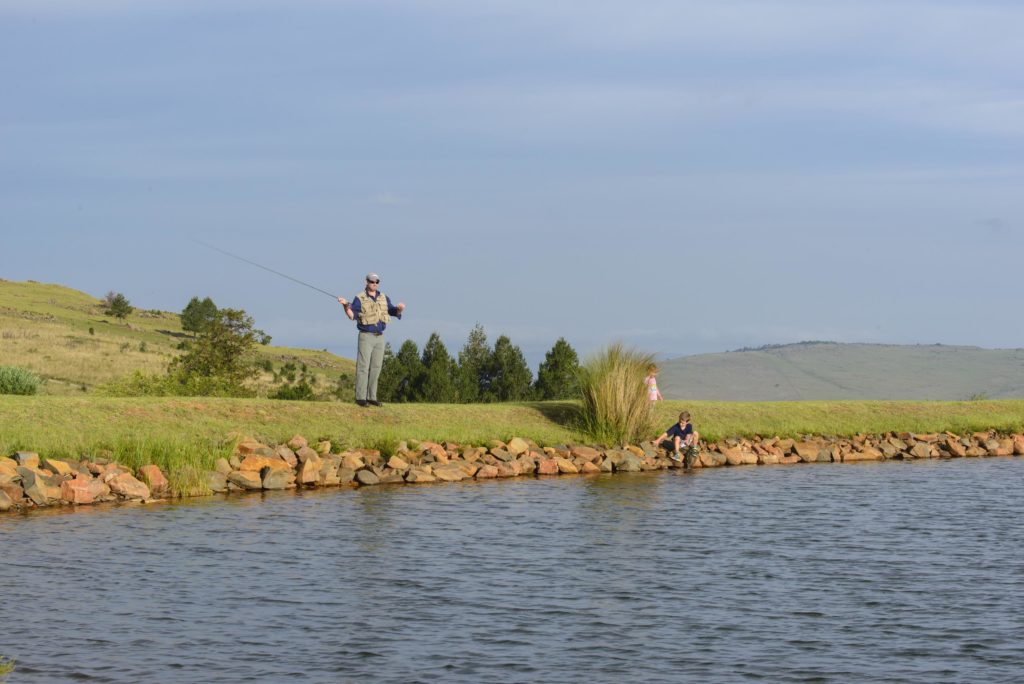 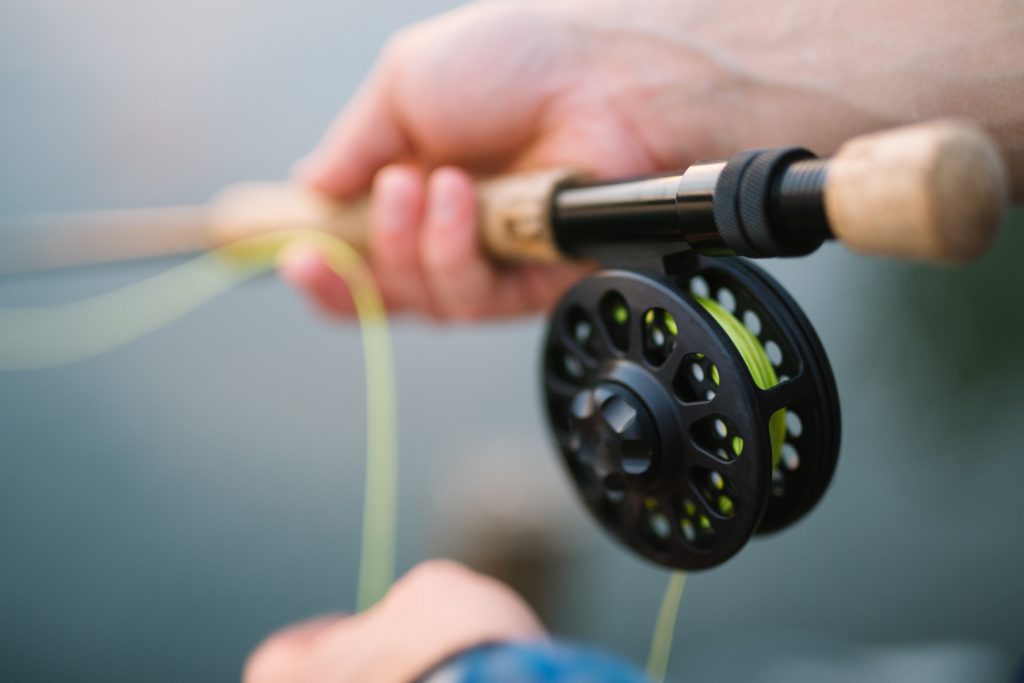 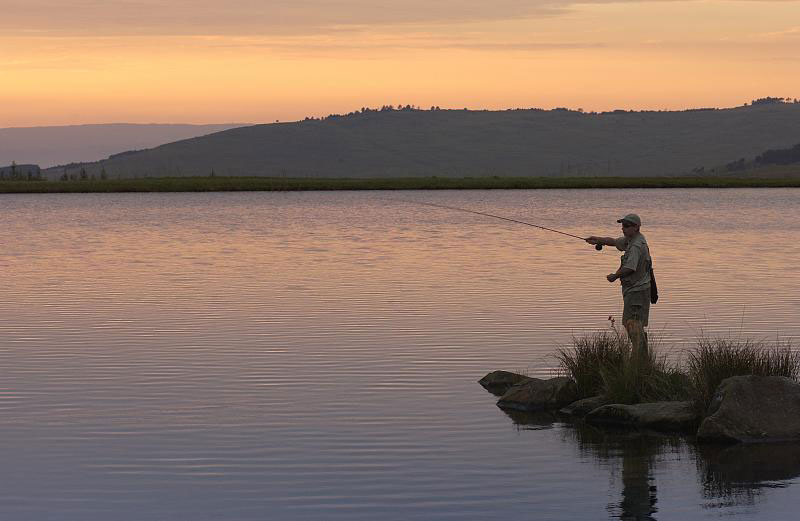 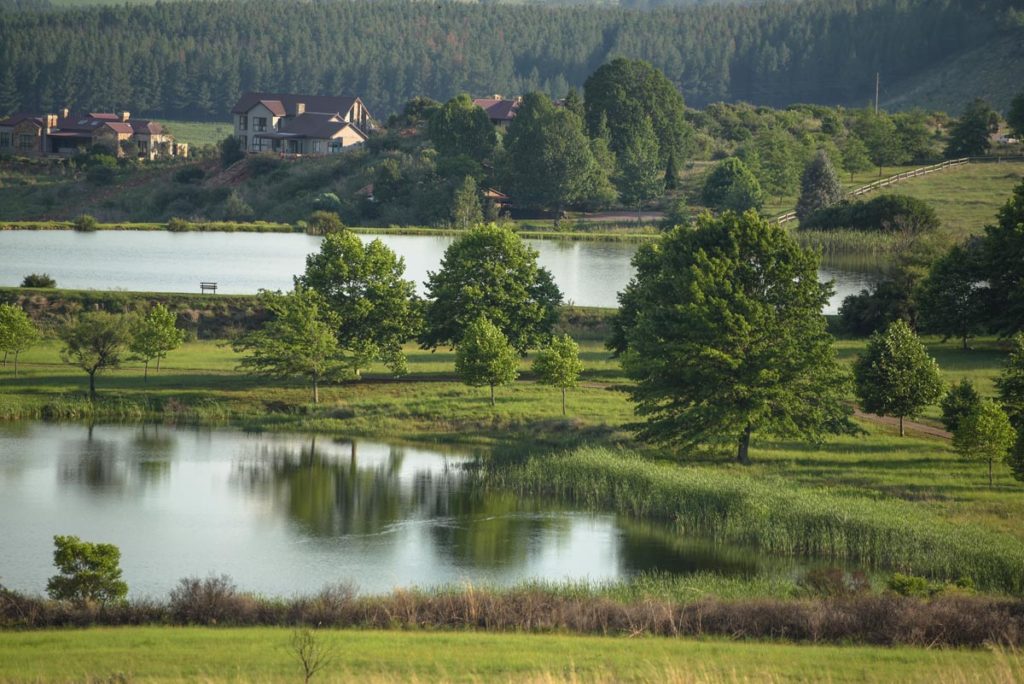 2. The following are not allowed:
a. Fixed spools, spinning reels, baiting/lure casting reels.
b. Spoon and spinners.
c. Keep nets.

4. Float tubing is only permitted on Long Final and Child’s Play Dams.

5. Only Homeowners are permitted to keep fish. For all other guests/visitors fishing is strictly on a catch-and-release basis only.

6. Each Homeowner may not kill more than 2 fish per day and only from noncatch and release dams. (see point 17 below). We do however strongly encourage “Catch & Release”.

7. Driving up to dams is not allowed. Please ensure that you park in appropriately designated parking areas or on the sides of the roads.

8. Children below the age of 6 may not fish unless they are accompanied by an adult.

9. No fishing is allowed after sunset.

10. Fishing is done entirely at your own risk.

12. Please do not leave any litter at the dams.

13. River fishermen should stay well clear of others already fishing the river. A special river licence is required to fish the rivers and these can be obtained from Estate Management at a fee of R200 per licence. These permits are valid for 1 year from date of issue.

14. It is an offence to fish in the rivers without a valid river licence.

15. Only 4 anglers per house are allowed to fish at any given time. Each house is provided with 4 dam fishing permits which should be carried by each individual angler at all times.

16. Any fish found in your possession on departure from the Estate will be deemed to have been poached and will be dealt with as a criminal offence. 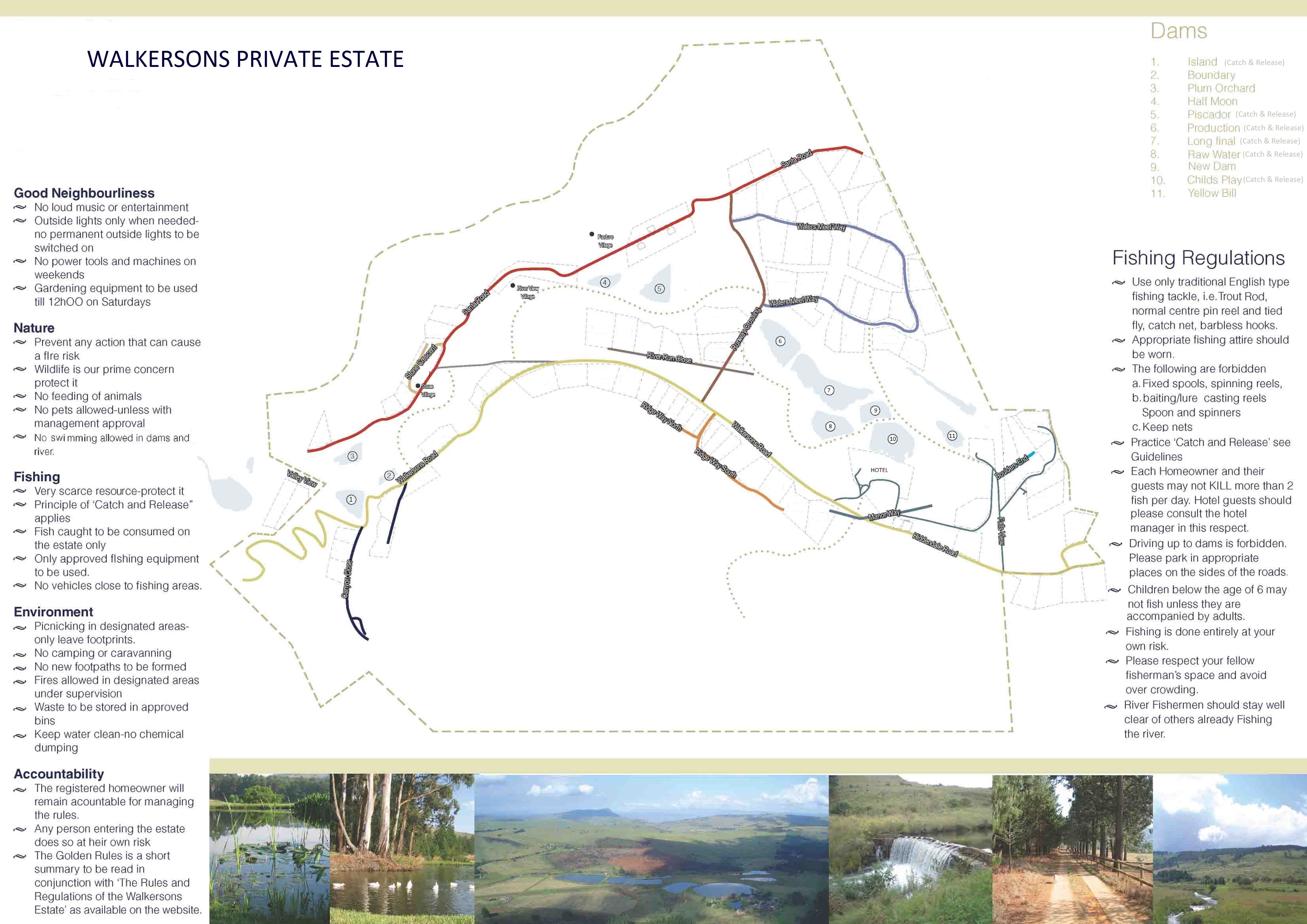 For estate guests (including home owners and guests of home owners) river fishing permits can be bought directly from the Estate Manager and/or Estate Fishing Bailiff at a cost of R200 per permit, payable in cash. The permit is valid of 1 year from date of purchase. (However, kindly note that the river will be closed annually for spawning season from 1 June to 1 September). Please contact the Estate Manager on 079 993 2490.

For hotel guests, river fishing permits can be bought directly from Walkersons Hotel & Spa reception at a cost of R200 per permit. The permit is valid for 1 year from date of purchase. (However, kindly note that the river will be closed annually for spawning season from 1 June to 1 September. Please contact the hotel reception of 013 253 7000. River Fishermen should stay well clear of others already fishing the river. Special River License required at R200 per license obtainable from Estate Management.

Home owners are issued with 4x permits per property. These permits are required to fish any dam on the estate. Kindly note that these permits are not valid for river fishing. A separate permit is required to fish the river. Lost permits can be replaced at a cost of R200 per permit. Please contact the Estate Office on 013 253 7233 or via email on info@walkersonsprivateestate.co.za.

Walkersons Hotel & Spa has been supplied with fishing permits for all hotels guests and these are available from the hotel reception upon check-in.

Considered to be one of the most exclusive addresses in the Eastern Highlands of South Africa, Walkersons Private Estate is an upmarket private estate offering a limited number of owners an exclusive country lifestyle.